What is a Stock?

Stock is defined as a share of ownership in a company. If you own a company’s stock, you own a percentage of the company itself. This includes partial ownership of its assets (like equipment, vehicles, and buildings) and partial ownership if its income and profits. The main reason people purchase stock is because they believe in a company and its current success and they want to be part of the company’s success down the road, hoping to share in the increased profit.

Large companies who have many investors issue “stocks” or “shares” to the investors as a way of showing ownership. In the past, if you bought 100 shares of a company, you might get a stock certificate like the one pictured below indicating your ownership. When you decided you no longer wanted to own those shares, you would notify your broker of your intent to sell, send your certificate to him, and he would try to sell them to another investor who might want to own part of that company. In today’s technology-driven world, companies are more likely to issue electronic or digital shares. Electronic shares are easy to trade because the broker doesn’t have to wait to receive the stock certificate from the investor. This process of buying, selling, and trading is the essence of the stock market. It is where investors invest in new companies, or they buy and sell (exchange) shares when they agree on a fair price.

Stock is defined as a share of ownership of a company; if you own a company’s stock, you actually own a percentage of the company itself (including its assets, like chairs, vehicles, and buildings) and a percentage of its profits. For example, if a company issued 1,000 shares and you owned 100 shares, that does not mean that you can go to the company headquarters and take 1/10 of the furniture. It means that if the company was profitable and they made $100,000 and decided to pay it out to the shareholders, you would get 1/10 of $100,000 which is $10,000. People invest in companies that they think will be profitable with the hope that the company will start paying out its profits to its shareholders. Likewise, if the company was not profitable and decided to close, then the company might just sell all of its furniture for $1000 and you would only get $100 back. 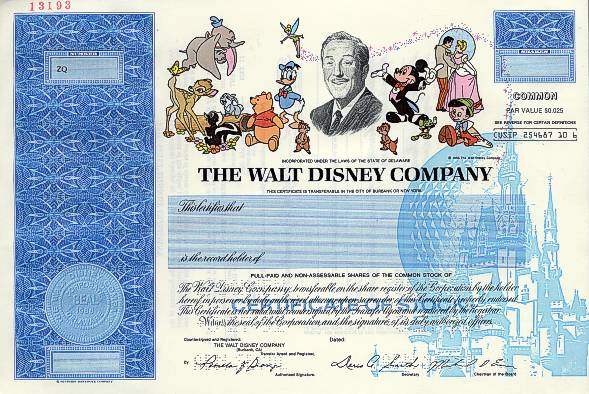 What Does Owning Stock Get Me?

As an investor in the stock market, you will get a much smaller percentage of a complete company. Take Apple, for example.

Apple has approximately 5.575 BILLION shares outstanding, so if you owned 100 shares of Apple, you would own 0.00000179% of the company. That seems like a tiny amount, but keep in mind that Apple makes $50 BILLION a year so if they paid out all of their earnings one year, you would get $896!

If you decide that you no longer want to own your Apple shares, you can always sell your shares on one of the stock exchanges.

There is more than one kind of stock or ownership that companies sell. While almost all stock traded on the stock exchanges is “Common Stock”, some companies have issued “Preferred Stock”.

Common stock is the kind most investors buy. Common stock generally gives one vote at shareholder meetings for every share owned.

Common stock holders may also be entitled to receive distributions of the companies provides, called “dividend payments.” For larger, more stable companies, a portion of corporate profits is usually paid back to shareholders 4 times a year as a dividend. Companies that are still growing usually pay no or very little dividends; but well established companies like utilities generally pay higher dividends. 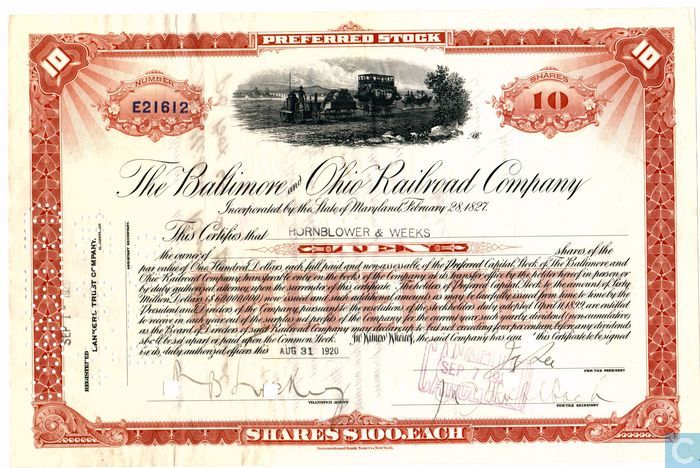 The Difference Between Stock and Bonds

When you buy a stock, you are buying a piece of ownership of a company. A bond, however, is more like a loan or debt; a bond is a promise that a company makes to pay you back the amount you lent them plus interest. Hence, if you own a bond, you are only lending a company money, but if you own a stock, you own part of the company itself.

Where Does Stock Come From?

New stock in a company can come from two places: New Issues and Stock Dividends (or Splits) 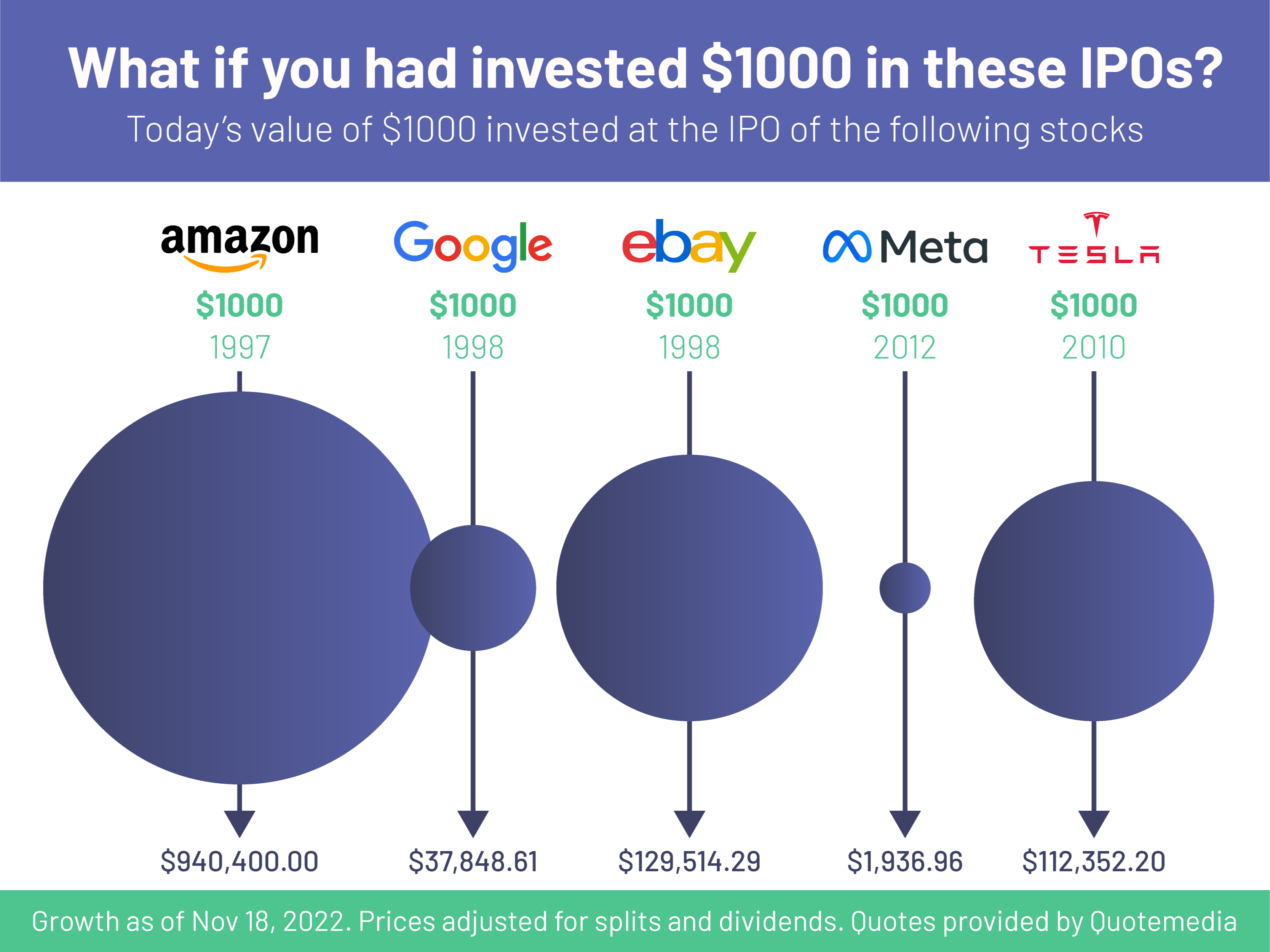 A new issue of stock is when a private company decides to “Go Public”, and issues shares of stock for anyone to buy. This is often called an Initial Public Offering, or IPO, and when large private companies go public, it can be a very exciting event with huge fluctuations in the stock’s price in the first weeks while the market decides on a fair price for the shares.

Private companies “Go Public” and issue stock primarily to raise money: as they sell the shares in the company, the original owners allow the public to vote on some management decisions in exchange for the cash raised in the stock sale to re-invest and help the company grow.

Companies may also issue new shares of stock after the IPO. This can be done by giving all current shareholders additional shares in proportion to how many shares they currently have; for example they can say that for every 10 shares you own now, they are issuing you one extra share.

This would be a 10% stock dividend, and the market price for the stocks would drop by 10% (although all shareholders still have the same ‘value’).

If the stock dividend is large enough (usually about 20%), it is instead called a “Stock Split”. There are many reasons why companies would want to have a stock dividend or split, but they usually happen for one of two reasons:

Companies may split their stock to attract attention to the company through the hype that can come from a stock dividend. However, the simple act of there being more shares in circulation may encourage people to buy and sell more, since each individual share takes up a smaller percentage of a portfolio

Some large companies like to have their stock price stay in a certain range. One reason for this is that the more expensive a stock, the fewer people who can afford to buy it (or buy an additional share), so splitting stocks can help it become more affordable, and increase the total value of all stocks in the long run.

Stocks trace their origins back to the Roman Empire, where large, private companies that carried out some public duties would sell shares of stock to Roman citizens for the same reasons companies do today; raise cash and grow their business.

Over the centuries, Joint Stock Corporations were often chartered by monarchs for large projects that the government simply did not want to invest all the cash (and therefore risk) to fund; for example many canal projects, railroads, and roads in Western Europe were built by Joint Stock Corporations; private investors willing to to take the risk that a project would fail in exchange for some of the profits if it succeeded.

During the Age of Exploration, joint stock corporations were what funded explorers to voyage across oceans, and later ship goods across continents. The British East India Company is perhaps the most famous of these, which was involved in everything from the exploration of Canada and the Americas to the British conquest of India.

Investing in stock is risky. There’s no guarantee that a company will be successful. Companies strive to be profitable, but they also face unexpected events which can impact their bottom line and impact investor confidence. So when you decide to purchase stock, be prepared for some ups and downs.