“Specialization” is when a labor force begins to divide total production, leading to a rise of experts or specialists. This is called the Division of Labor, and it typically results in much higher productivity of labor.

How Does It Work?

Specialization has two main parts – Division of Labor, and a rise of Experts. 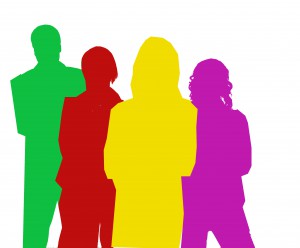 Imagine there is a company that builds cars. At first, there are just four employees – Alice, Bob, Carol, and Dan. They are building each vehicle by hand, and all work together in each part of production. In this case, each person is switching their tasks quite often, and so becomes proficient at nearly all aspects of the business. These tasks include:

Over time, it becomes apparent that each person is better at some tasks than others. For example,

In this case, Alice and Bob are going to be more efficient at building the motors and sewing the seats, so if they work on these tasks themselves, more will get done faster. At the same time, if Carol does all the sales work, they will be able to sell more cars faster, since she is better at it. Dan likes doing the metalwork and design, so he will be more effective at building of the body of the car.

After the four focus on their strengths, each car that is produced is of higher quality, is produced more quickly, and the business operations are running smoother.

The Division of Labor is the idea of breaking the total production of a good or service down to basic parts, which can then be tackled by the people who are best suited for each task. The Division of Labor was the driving force behind the Assembly Line, which is what propelled Ford Motor Company ( F) to the head of the automotive industry in the early 1900’s, where it remains to this day.

In our example before, Alice and Bob are both working on the minute details of building engines and sewing upholstery, and are both equally good at both. In this case, it is still possible to increase their efficiency if they focus on becoming an Expert or Specialist at one of the tasks.

Economics In Action!
A jack of all trades is a master of none! By specializing, workers are able to quickly set themselves apart from everyone else by becoming an Expert in their field.

By focusing on just one task each, for example Alice on engine building and Bob on the upholstery, they both get much more concentrated practice on their craft – this focused practice, and the potential for them to focus on new and better techniques, will quickly make them even better at what they focused on than they were before. Even in places where all workers start off with the same basic skills and aptitudes, by dividing the labor it enables each worker to become a specialist on the particular job they are doing, which makes each person more efficient, and increases total output.

Specialization can take place at any level in any economy. It could be workers in a single factory specializing in one part of a production process all the way up to one country focusing on producing one type of good that they are best at.

A Comparative Advantage is how much better one person, company, or country is at one particular task than another. People generally try to stick to their strengths – this means they try to work with their comparative advantages, and trade to get things that they are less adept at making themselves.

Comparative Advantages can be either innate (like Carol being a better salesperson than Dan) or developed (like Alice becoming an expert in engine building, gaining a comparative advantage over Bob).