Government spending makes up a whopping 20% of all spending in the American economy, including the salaries of all government employees, government contracts to private companies, and military spending. This is all paid for by taxes, meaning more than 1/3 of all economic activity filters through the public sector in some way. 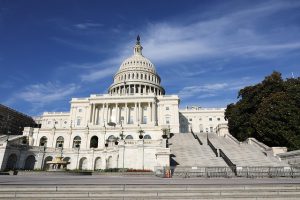 There are two main ways the government tries to control the economy – through “fiscal policy”, and “monetary policy”. You can tell them apart both by who is doing the control, and what type of impact it has.

Fiscal policy is determined by Congress and the President – these are laws and executive orders that are passed that directly pull money out of the economy through taxes (either by raising or lowering different types of taxes), or directly injecting money into the economy through government spending.

Monetary Policy, on the other hand, is determined by the Federal Reserve Bank. Monetary policy is far less direct – it involves raising or lowering core interest rates to either encourage or discourage companies and businesses to borrow and lend.

Monetary Policy and Fiscal Policy are determined independently, but Congress, the President, and the Federal Reserve are working towards the same goal: sustainable economic growth. 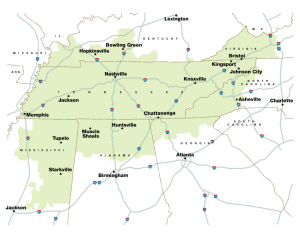 For example, the Tennessee Valley Authority is an organization created by the Federal Government during the Great Depression to give large parts of Kentucky, Virginia, North Carolina, Tennessee, Georgia, Alabama, and Mississippi access to electricity, flood control, and farming help. This was a huge program, but with a very narrow target – drive long-term economic growth in one specific area through infrastructure upgrades, while providing short-term benefits by employing tens of thousands of people in the region to actually build that infrastructure.

Over time, the government has refined both its taxing and spending tools, so the “sledgehammer and scalpel” model is no longer very clear. For example, the government normally taxes people with higher incomes at a higher level, but they may provide temporary tax breaks to encourage big earners to invest more. There are also specific tax breaks for people who buy solar panels and other “green energy” upgrades for their house, which is a very specific way taxation is used for very narrowly-targeted goals (encouraging growth of the Green Energy sector).

At the same time, some federal spending programs can be very broad. For example, the Supplemental Nutrition Assistance Program (or SNAP) is a spending program that gives subsidies to cover the groceries of millions of low-income people and families – any changes made to the SNAP program have huge impacts across the entire country.

When the government wants to drive economic growth, they usually try to generally lower taxes and increase spending. This is called running a deficit – it means they are putting more money into the economy than they are taking out. During recessions, the government will usually run a bigger deficit to help push the economy along. Deficit spending is funded by selling bonds to investors, the Federal Reserve, and foreign countries.

Deficit Spending is a relatively simple way to push growth. By putting more money into the economy than it takes out, the total economic activity increases, with more transactions driving growth in the private sector.

Running too big of a deficit for too long has risks. The most direct risk is that the government may end up borrowing more money than it can afford to repay. Every year that there is a deficit, the National Debt increases, and so do the total interest payments that the government needs to make on all the outstanding bonds.

The opposite of running a deficit is called running a Surplus. This means that the total amount of money the government takes out of the economy through taxes is more than the money it puts back in through spending. Running a surplus will shrink the economy, so politicians usually avoid it – from 1970 through 2017, only 4 years had budget surpluses (1998, 1999, 2000, 2001), and these were during years of extremely high economic growth. 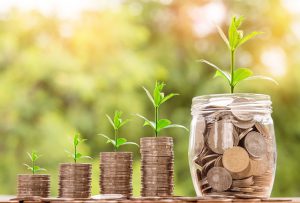 One of the constant political “hot topics” is whether to cut taxes to fuel growth. If we look at the “Sledgehammer and Scalpel” view of fiscal policy, this makes sense – putting more money into people’s pockets will drive growth across the economy.

It gets muddier the tax laws have become more complex. “Cutting Taxes” is not applied evenly, and there is a constant debate between economists as to what types of tax cuts can cause a bigger economic boost than drain on government resources, and a second debate between politicians about which types of tax cuts is more equitable to society as a whole.

For example, in December of 2017, the Senate passed a proposed modification to the tax code – the bill was over 400 pages long, with hundreds of specific conditions, stipulations, and ways to be implemented. This makes it very difficult to determine its exact impact on the entire economy, with many conservatives arguing that it will drive long-term growth across the entire economy, and many liberals arguing that it will cause benefit to a smaller group of individuals at the expense of others. Most people have a strong opinion of the legislation in one direction or the other, but economic researchers do not have any consensus for a final verdict.

Fiscal policy is not the same as personal finances – people tend to react strongly to the “total debt” number, and consider it dangerously high. Why don’t we try to pay off all the national debt?

The reason the government maintains a high national debt is the same reason profitable companies like Apple ( AAPL) has billions of dollars of its own debt – paying off the debt will pull money out of other things it could be used on, like fueling future growth. If the government were to massively raise taxes or massively decrease spending to try to “pay off” a huge percentage of the national debt, it just means that money is extracted from the economy, and evaporates into nothing. Bond holders are not clamoring to get their “money back” – bond holders buy bonds because they want the fixed, regular, payments over the life of the bond.

How Much Debt Is Too Much?

With any person or company, “too much debt” would be the point where they can no longer afford to comfortably make payments. When looking at Fiscal Policy, the same reasoning applies. Everyone knows that the federal debt is climbing, but how has this changed the government’s ability to repay that debt?

To find out, we can look at the “Interest as a Percent of Gross Domestic Product”, or taking the total interest that the government needs to pay on the National Debt, and dividing it by the GDP. You can find this information from the St. Louis Federal Reserve’s research portal.

During World War II, you can see there was the first spike – this was all the extra wartime borrowing done to pay for the war. There was a second spike in the 1980’s and early 1990’s towards the end of the Cold War, but the in the mid-1990’s, the ratio sharply fell (this was during those 4 years mentioned above, when the Federal Government ran a budget surplus from 1997 through 2001). Otherwise, the ability for the government to repay its debt has not changed much over the last 50 years – interest payments generally hover between 1% and 1.5% of GDP.